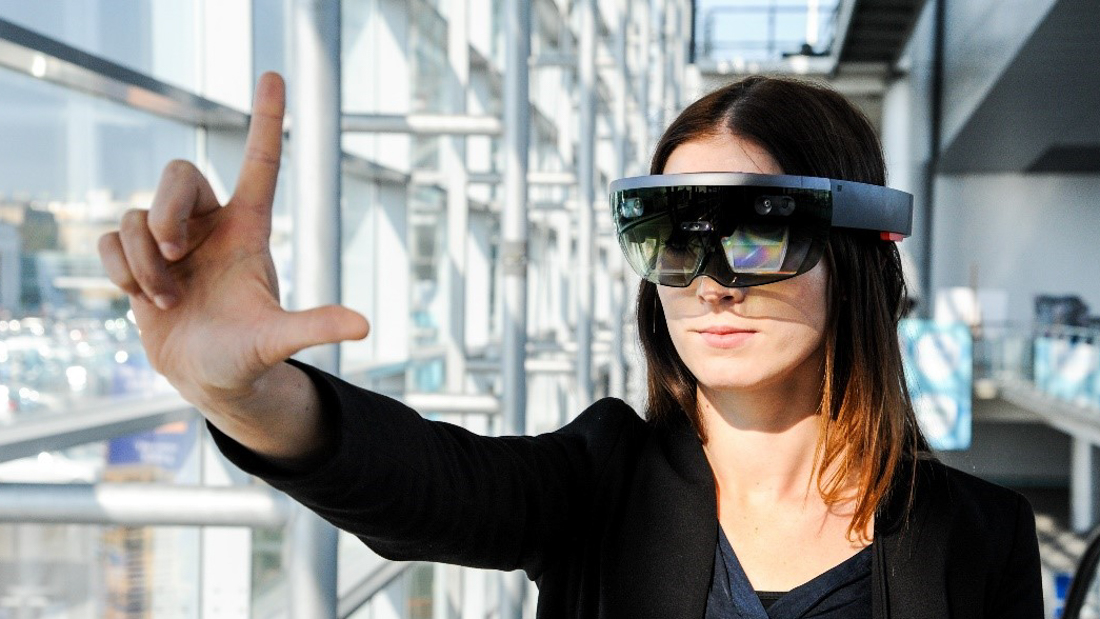 It's already exists with Hololens TODAY

Hololens is a mixed-reality pair of glasses in which 3D holograms are projected in a real space, opening up entirely new dimensions. For several years we have been dealing with the solution, developing and researching with the HoloLens. LUCA was awarded in 2016 for this solution by EUROLOGISTICS in the category "Product of the Year".

The HoloLens is the absolutely perfectly developed device that captures the real space in 3D with 6 cameras, calculates the virtual 3D objects in real time and projects them precisely onto the stereo glasses. The audio output, speech recognition and connection to it LUCA-Serverround off the features of the glasses. The virtual objects are perceived as Pick by Hololensvery real in the real space. The enormous computing power guarantees a very smooth movement of the virtual objects.

At present, the weight and dimensions of the HoloLens are not yet Pick by Hololenssuitable for continuous use in production and warehouses. However, the direction of development is fascinating and correct. We will stay tuned!

Compared to the HoloLens, the Google lens is nothing more than a small monitor on a pair of glasses. With the small built-in camera you can also take good photos with Google glass. However, the camera is not suitable for room detection. The Google Glass and HoloLens are two different devices that cannot be directly compared. Google glass displays only the information on a mini monitor. The HoloLens displays the information in a real 3D space. Goolge glass is small and lightweight, making it easier for the user to accept. From our point of view, however, the use of data glasses in logistics is fundamentally wrong. The logistics employee needs information that can be better presented to him in a different way.

LUCA was one of the first developers in Europe to test and program the HoloLens in 2015. The result of our developments was a high-ranking award as "Product of the Year 2016" in logistics, transport and production in Poland. We are very proud of this and congratulate our Polish developers. 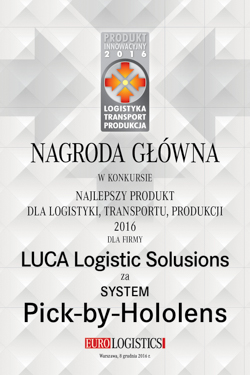 Main prize:
Product of the year 2016 in logistics, transport and production for LUCA Logistic Solutionswith Pick-by-HoloLens.

The award-winning picking system is based on a 3D projection of objects and information, which were displayed as holograms in a real room via the picking compartments. The withdrawal acknowledgement was then made by voice or scanner.